What If? Blogfest - Rapunzel's Tragic Ending 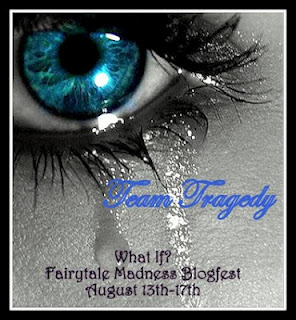 I've decided to be Team Tragedy since I enjoy dark, tragic writing, ha. I've chosen Rapunzel, and my piece is a change to the happy ending Disney version (I don't mean Tangled though). So instead of an escape from the tower and happy ending with the prince, Rapunzel gets...well, nothing.

Rapunzel sat at the window of her prison tower, watching the sun as it rose beyond the horizon. She didn’t know how long it had been since she'd lost him, but as she sat at the window, she recalled feeling heat, cold, and something in between. Nowadays, the world seemed to be cycling back to days of green and warmth, but even when the sun lit up the world, all she could see were shadows.

A dove fluttered onto the windowsill, startling her. It hopped closer, and when Rapunzel lifted a finger to stroke its soft breast, her body shuddered at the memory of his soft hair and how it used to give easily to the persuasion of her fingers.

"Could you find him and bring him back to me?" Her words were foolish, but who else did she have to burden with her yearnings? The dove cooed as Rapunzel looked away into her room. When she saw the inkwell and paper that lay on her desk, she suddenly pictured the dove taking flight with a scrap of paper, flying to wherever he was. She retrieved the pen and paper.

When she was finished writing, Rapunzel ripped a few strands of hair from her head, and the dove didn’t fuss when she tied the paper to its foot. She then picked the dove up and released it, watching it spiral up to the sky until she couldn’t see it anymore.

She knew the dove would never find him, but it brought her the smallest ease to know that wherever the dove went, her letter would be with it. A piece of her would be in the world where he was, and she held on to that thought as the door banged open behind her and the devil snarled her name.

Now, this was longer before I realized we were restricted to 300 words, so I had to whittle things down. If you want to read the entire piece, including what Rapunzel wrote, you can find it on my new, creative writing only blog: Requiem Words.
Posted by A.J. Locke at 9:10 PM