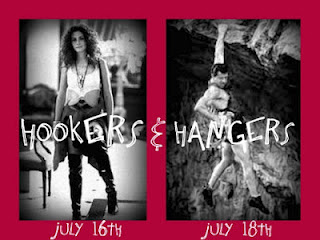 Today I'll be double posting since other than the Buccaneer Blogfest there's the Hookers and Hangers Blogfest hosted by the ladies over at Falling for Fiction. Today we're supposed to post the first line from each chapter (or as many chapters as we want) from our novels, so I will be posting the first chapter lines from my most recent novel, Affairs of the Dead. (It's adult urban fantasy).