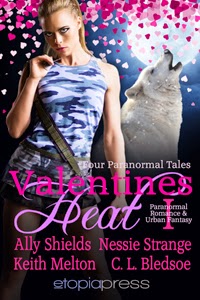 When their wedding is ruined by a werepanther attack, Katrina is left hospitalized and Blane is just...gone. But when he finally finds his way back to Riverdale, he learns he’s not the only one who’s been tracking Katrina...

It’s Jen MacLellan’s first trip back to earth as a new reaper, and Mardi Gras is in full swing. When she happens upon Chip, a partier stuck in a perpetual 1983, Jen decides to help him find the woman he loves so he can move on. Assuming all goes well when he finds her...

Mercenary pyromancer Andrea Walker has just saved the world from bloodthirsty hagworms and is late for her Valentine’s date with Jake. Until she hears that Jake has already left her house...with her...

Daisy and her friends think going to a frat party on Valentine’s Day will be a fun, not-at-all-desperate Girls Night Out. What they don’t expect is to have Delilah’s succubus pheromones accidentally set off the apocalypse... 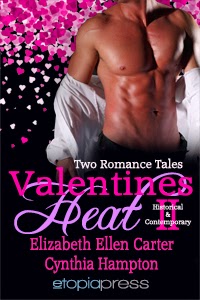 After her husband’s death in Colonial Pennsylvania, Ann Sellars forges a business partnership with Toby Jackson that quickly becomes a friendship. But when Toby proposes marriage on the eve of leaving for England, Ann isn’t sure if she’s ready to leave her memories, or her new business, behind...

When Kamber Prescott agrees to emcee the annual Valentine’s Day Fantasy Auction, she has no intention to bid on one of the sexy bachelors. But seeing Jeffrey Hatcher again after their Christmas party fling makes her reconsider. Especially since the auction has only one rule: the rules exist only if you want them to... 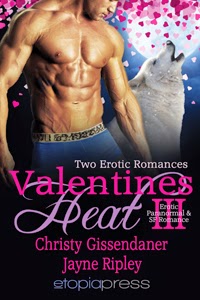 A blind Valentine’s date mix-up pairs Rebecca with her geeky high school boyfriend. Geek no more, Parker’s now the alpha of his pack, and he’s determined to show Rebecca what the last few years have taught him...

“Crash Me Once...” by Jayne Ripley

Cenn and Redlan are part of the werewolf pack on the space cruiser Wolfstar. But Redlan has never claimed her in front of the pack...and she’s starting to wonder why. When a foraging mission on a remote moon throws an unexpected catastrophe their way, each of them must decide exactly what to risk...and which of them will be the first to yield to their true feelings. 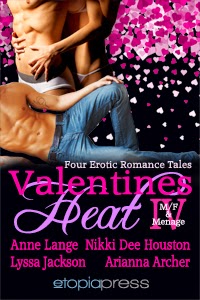 For more great books from Etopia Press, visit them here: